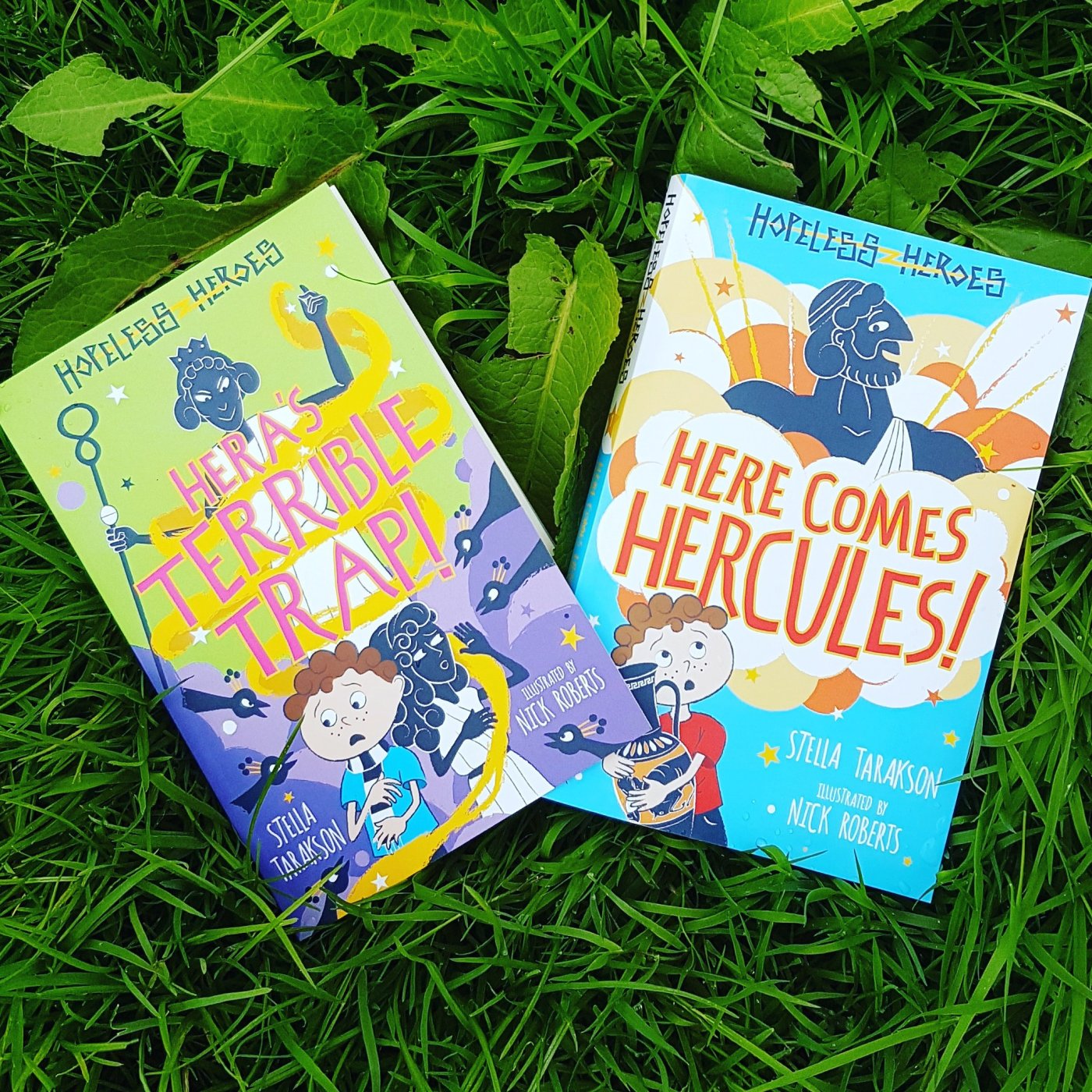 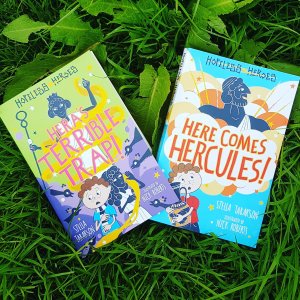 Today I have an exciting blog tour post with TWO books from the fabulous Sweet Cherry publishers. S and I really enjoyed these.

I liked the way that Tim broke the vase because it wasn’t a very pretty vase. Tim had a great adventure because he broke it. I liked the adventure. And I liked the way that Hera tried to steal the vase back at the end of the book. My favourite thing Hercules did was flipping Leo across the tree because he is an absolute bully to Tim and it is not nice to be a bully so he deserved it. I liked this book and enjoyed it. It was funny. It made me laugh. If I had to give it some stars out of five I would definitely give it one hundred stars.

Hercules is every mother’s worst nightmare. All the time I was reading, and laughing at his adventures, a little part of the mum inside me was dying. He is invisible and he trashes the house. Like I don’t have enough mess in my house with a small boy. S and I really enjoyed reading this. I will say it took a while for S to get into it, but he’s at the younger end of the target audience so this isn’t surprising. Here Comes Hercules really brings Ancient Greek history to life and makes it accessible to younger readers. Hercules is clumsy and hilarious, but also helps Tim to stand up to a boy who is bullying him. I loved the way that Tim’s issues with the bully were explored and this gave S and I a lot to talk about besides why we are not ever buying a Greek vase.

Well.. there was my favourite character again HERCULES and he is my favourite because he is a superhero. I liked Zoe too and she is Hercules’s daughter and Tim got to go to their house. That was my favourite bit of the story. I liked the adventure that they went on but I did not like the gorgon (BOO) because she turns people to stone and that is NOT NICE. It was not nice when Hera trapped Tim and Zoe in the maze and they did not have Hercules and that made it a bit scarier than the first book. I would give this one million stars.

I loved that this picked straight up where Here Comes Hercules left off. It is a great way to introduce younger readers to the concept of a series and S was very excited to pick up the second book. We were both pleased to see that there was more of Hercules, and some new Greek heroes to add to our adventures. I found this one a little darker, particularly when the children got stuck in the labyrinth with a gorgon, but it was not so dark that S was at  all scared. This second book wasn’t as laugh-out-loud funny as the first, but was certainly enjoyable and again made the history really accessible. We are looking forward to reading more books in this series in the future.

We hope you enjoyed this post! Check out the rest of the Hopeless Heroes Blog Tour and let us know in the comments what you think of them.

3 thoughts on “Blog Tour. Books with the Boy: Hopeless Heroes”